The Rumanian national women’s team came back to Laias for a new training camp from the 5th of February to the 11th of March. The goal of this training was prepared the different 2017 rowing events, in particular the European championship in Prague (Czech Republic) in May. The Romanian team whose eight got the bronze medal in the Rio Olympic Game is also looking ahead to the podium of continental competitions. That’s why the rowers get prepared conscientiously in Cerlac, taking advantage of the good training conditions of the Ourense high performance centre which now welcomes the Bielorrusian team until mid-April,

First 2017 training camp in Cerlac for the Great Britain paralympic national team just after the Olympic games in Brazil. There they achieved success climbing the podium four times with 3 gold medals and an other bronze one. Despite being a team with some change the news rowers have acquired great technical level as we have observed during the training camp in Laias. The head coach Tom Dyson said during his stay “this first camp help us to improve the technical and physical training due to the perfect water condition and the possibility to row a lot of kilometers all along the Miño river that helps to stabilize the quality of the rowing crew.” 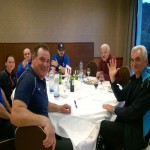 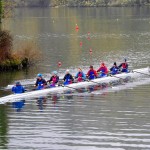 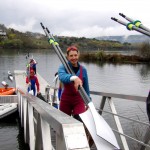 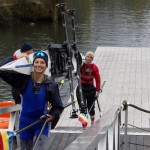 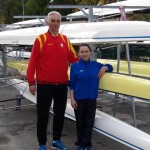 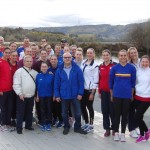 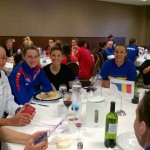 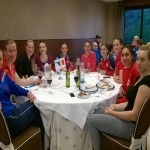